FILE PHOTO: The logos of Amazon, Apple, Facebook and Google are seen in a combination photo from Reuters files. REUTERS/File Photos -/File Photo

As an author, I’ve had my fair share of being censored by big tech. In January of 2018, I was put in Facebook jail for trying to promote my book The Scandalous Presidency of Barack Obama. More recently, Amazon purged more than 250 reviews from my bestselling book, The Worst President in History: The Legacy of Barack Obama, without explanation. These aren’t isolated incidents. Many conservative authors and publishers are experiencing various forms of censorship from big tech companies. Content censorship on social media has been an ongoing problem Nashville-based publisher, Post Hill Press.

Conservative author Todd Starnes, who has his own radio show and a Fox Nation show, “Starnes Country,” has a significant social media presence, but has insignificant results when he attempts to promote his new book, Culture Jihad: How to Stop the Left from Killing a Nation, which was published on Tuesday. Starnes’ new book “examines the Left’s attempt to fundamentally alter the nation, tearing the country from its roots,” Post Pill Press said in a press release. “Starnes hopes his book will equip everyday Americans with the knowledge they need to fight back against the leftist crusade and keep America great.”

If big tech has its way, it won’t.

Last week, Starnes held an online book signing on Facebook Live, and twenty-five thousand of his 265,000 followers tuned in. However, at the same time, a boosted Facebook post promoting Culture Jihad reached a mere 1,200 of Starnes’s 265,000 followers.

Culture Jihad is not the first Post Hill Press book that has encountered censorship on social media. A coffee table book honoring First Lady Melania Trump has encountered similar issues. While I don’t have a social media presence as large as Starnes, I’ve experienced similar problems with paid boosts failing to reach the large numbers of people they used to.

Post Hill Press’s publisher, Anthony Ziccardi, had expected Starnes’s substantial social media following would be an asset in promoting the book, but instead is frustrated with the way big tech continues to block conservative content. “This is an issue all publishers need to worry about and speak out against. Instead, we see publishers bowing to the social justice warriors,” says Ziccardi. “Post Hill Press will continue to support and stand with our authors to protect our First Amendment rights.”

In January, Project Veritas exposed Twitter’s practice of shadow-banning conservative profiles.  The conservative duo Diamond and Silk were censored by Facebook for being “unsafe to the community.” The issue of big tech censorship is such a concern that it has reached all the way to the White House. Last month, a draft executive order from the White House leaked to CNN would put the Federal Communications Commission (FCC) and the Federal Trade Commission (FTC) in charge of regulating how Facebook, Twitter, and other big tech companies curate content on their sites. Federal regulation may not be the answer to the problem, but it is a serious problem that needs a solution.

Matt Margolis is the author of Trumping Obama: How President Trump Saved Us From Barack Obama’s Legacy and the bestselling book The Worst President in History: The Legacy of Barack Obama. You can follow Matt on Twitter @MattMargolis 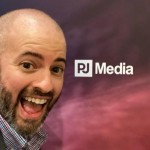